In the foyer of the Texas Discovery Garden you will likely notice this wall of cubbies. 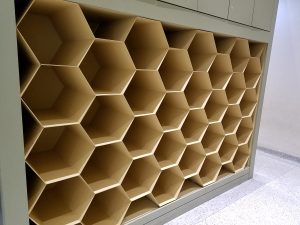 What does it remind you of? A honeycomb, of course! But did it ever occur to you to wonder why bees build honeycombs in the shape they do? It turns out there is a simple mathematical reason that they do.

To understand this, try the following activity. You need twelve short straight items, like matchsticks or pins — it doesn’t really matter what, as long as they are straight and all the same length. Print out this rectangle, scaled so the long side is exactly four times the length of your sticks. Now, try to lay your sticks flat in the rectangle, to satisfy the following three rules:

You should work on it for a while before you look at the solution — it’s fun to try to come up with it on your own. But whether you discover it or you peek, one of the amazing facts about this puzzle is that there is only one way to do it, and in that one way, you must create a hexagon, two half-hexagons, and four three-quarter hexagons.

The reason for that is that there’s not enough total length to your twelve sticks to divide the rectangle any other way, because it turns out that the most efficient way — the way that uses the least total length of line segments — to divide an area up into many equal-sized regions is to split it up into hexagonal shapes. In other words, over the course of evolution, honeybees have figured out the way to construct their honeycombs that requires the least wax and therefore the least work. That’s what the title of this post means — honeybees have found the unique way to do the least amount of work to build their hives, which you could maybe think is a little lazy, couldn’t you?

And in fact, honeybees have done even better than I’ve mentioned so far. They build their hives in three dimensions, not two, and they make their honeycombs in double layers, so there are cells with openings on either side. If you look at how the bottoms of the cells are constructed, each consists of three small flat facets, and the facets of the cells from one side interlock perfectly with the facets from the other side. Mathematicians have determined that this configuration is also the most efficient way possible to construct a double layer of cells in three dimensions — something honeybees have “known” for millenia! 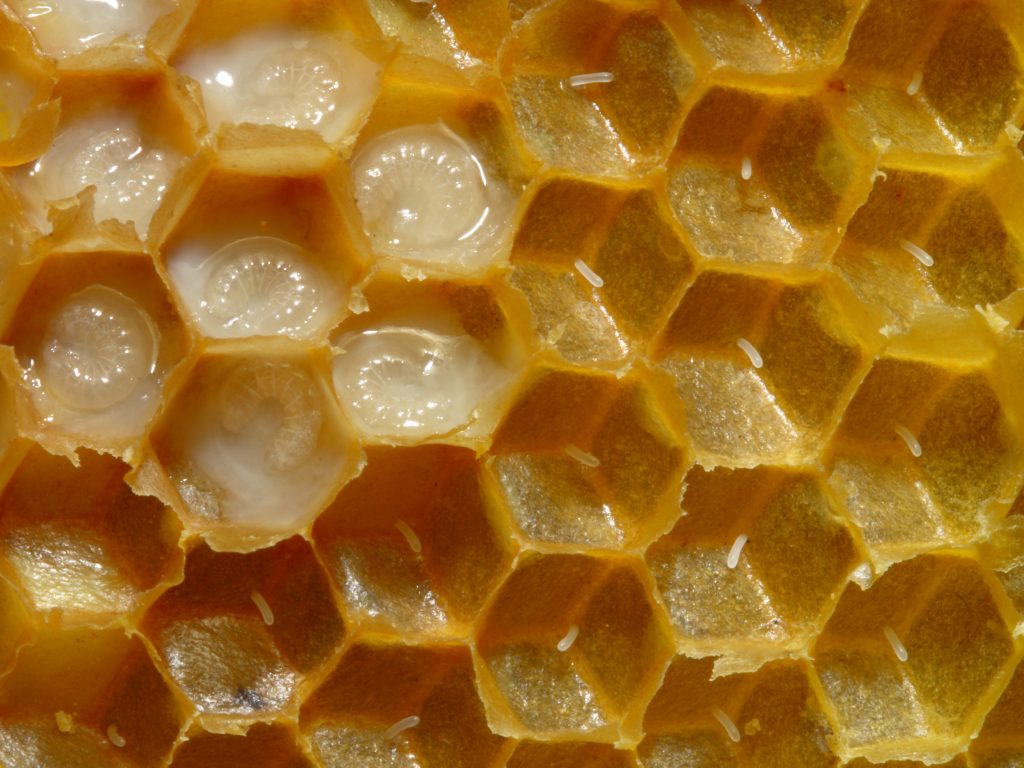