The dome of Dallas Hall at Southern Methodist University is one of the most beautiful, striking, and symmetric structures on the entire campus. 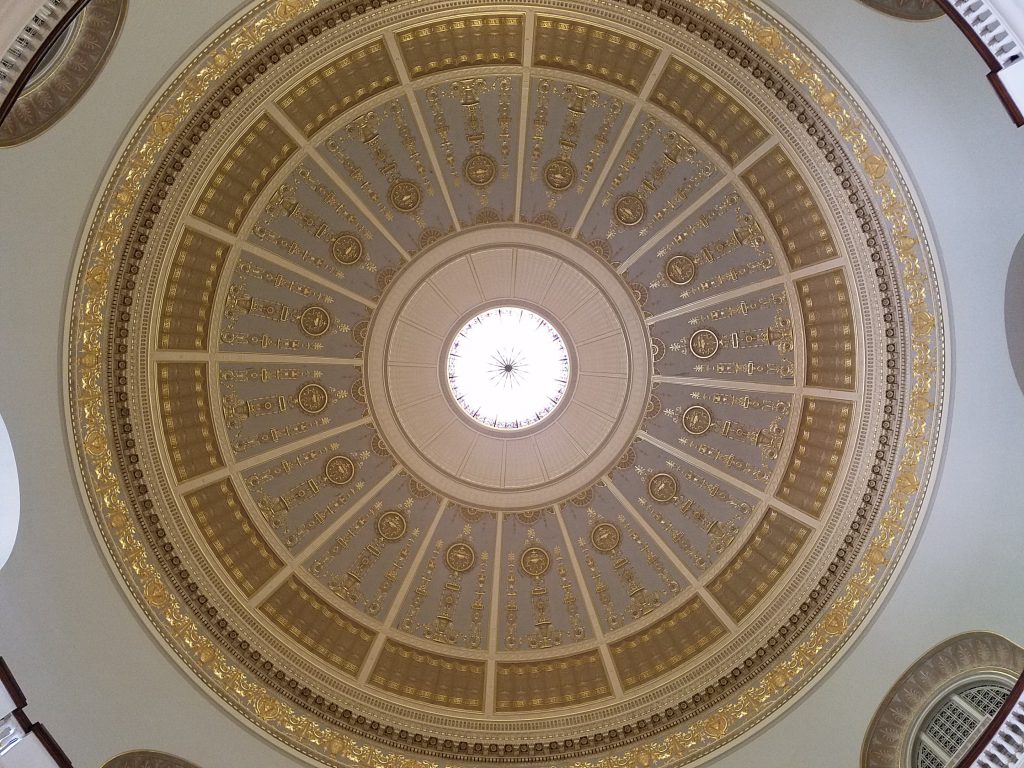 The entire structure has 16-fold rotational symmetry: if you stand at the center of the rotunda, look up at the dome, and then turn one-sixteenth of a full rotation, you will get exactly the same view of the dome. Not only is it beautiful (demonstrating, I think, an innate reaction to high symmetry), the structure of the dome allows you to count the elements in the decorations easily, because it sets up a linear relationship between the number of items in one section of the design and the number in the entire dome. So for example, to figure out how many brown scrolls there are around  the entire domain, you count that there are seven in a single section, and then multiply by 16 to figure out that there are 112 scrolls in all. Or you can count the number of small carved rosettes near the edge of the design in one section, and multiply that number by 16 to get the total number of rosettes that had to be carved to decorate this dome.

If you  look more closely, you will see that each one of the sections of the dome is composed of two mirror-symmetric halves. So there are really 32 copies of the same design adorning this dome, half in one orientation, and half as the mirror image. Overall, this is a remarkable illustration of structure and beauty of a highly symmetric design.