Another three quickies, this time about the iconic sculpture “Wave” by Santiago Calatrava. 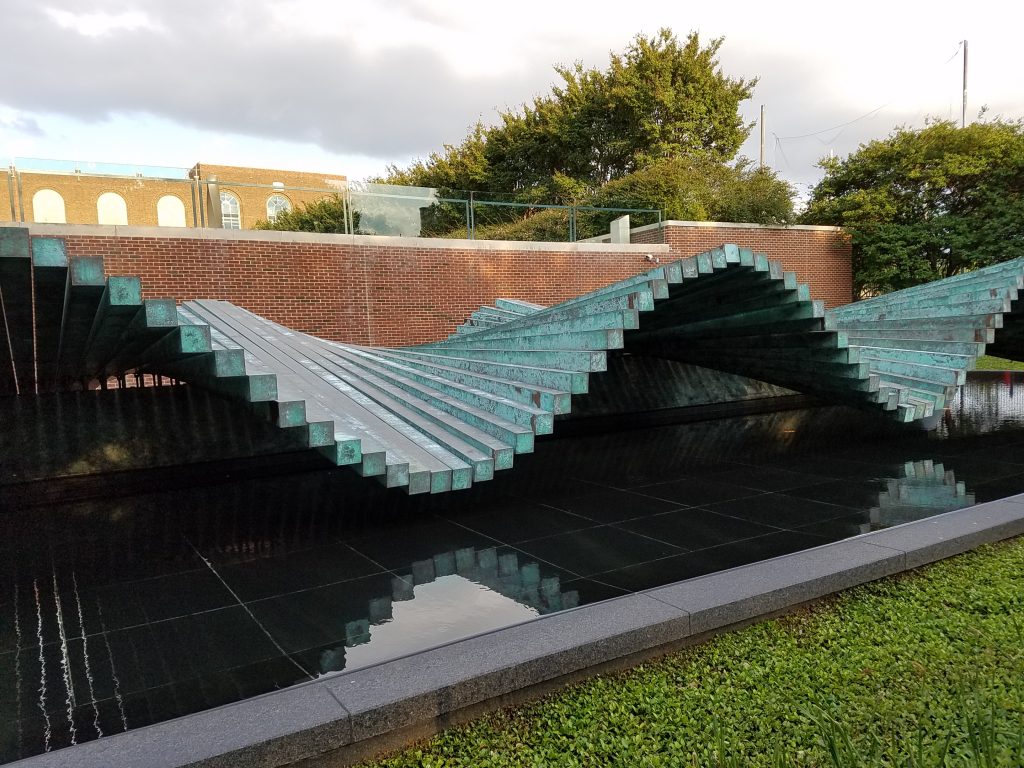 (1) Is this sculpture curved or straight? (2) Is it symmetric? (3) How did Calatrava get each one of the copper beams to stay at the particular angle it sits at?

Again, it’s best to give participants time to chew on these questions and generate their thoughts. Then you can bring everyone together to see if there’s consensus. Here are my thoughts. (1) This sculpture is both curved and straight! It’s a remarkable fact that there are truly curved surfaces that can be broken up completely into a collection of individual straight lines. Such surfaces are called ruled surfaces, and they have been the subject of much mathematical study. This “wave” surface is one, and others include the elliptical hyperboloid and hyperbolic paraboloid shown below. 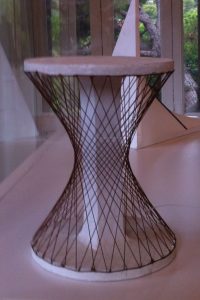 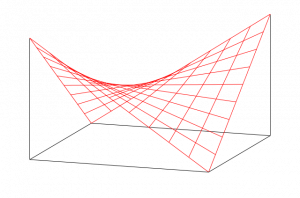 It is also very interesting that when a curved surface like this can be constructed from straight lines, it also has other straight lines that cross one such set of lines. That can be seen in Wave, as highlighted in the image below.

(2) The question of the symmetry of the sculpture is a tantalizing one, becuase there is not a mirror symmetry along the central red line in the in the above picture (since a hump that is high on the left is low on the right and vice versa) nor is there a rotational symmetry around a vertical axis.  But, since each individual line runs through the central red line, there is a 180-degree rotational symmetry about that axis, which brings every one of the beams back to coincide with itself.

(3) The secret to the different slopes of the different copper beams lies under the sculpture just to the left of the triangular support seen in the image above. If you peer under there, you will see a strut attaching to each beam, which otherwise can pivot at the central red line. Each of those struts is at a different height, and that height sets the slope of the corresponding beam. So as you peer under there, you will see the wave pattern of the entire sculpture replicated in those struts. In fact, there’s a mechanism inside the sculpture which allows each of those struts to move up and down, animating the entire sculpture.